Try this activity on the first day of class - a modern twist on the traditional. 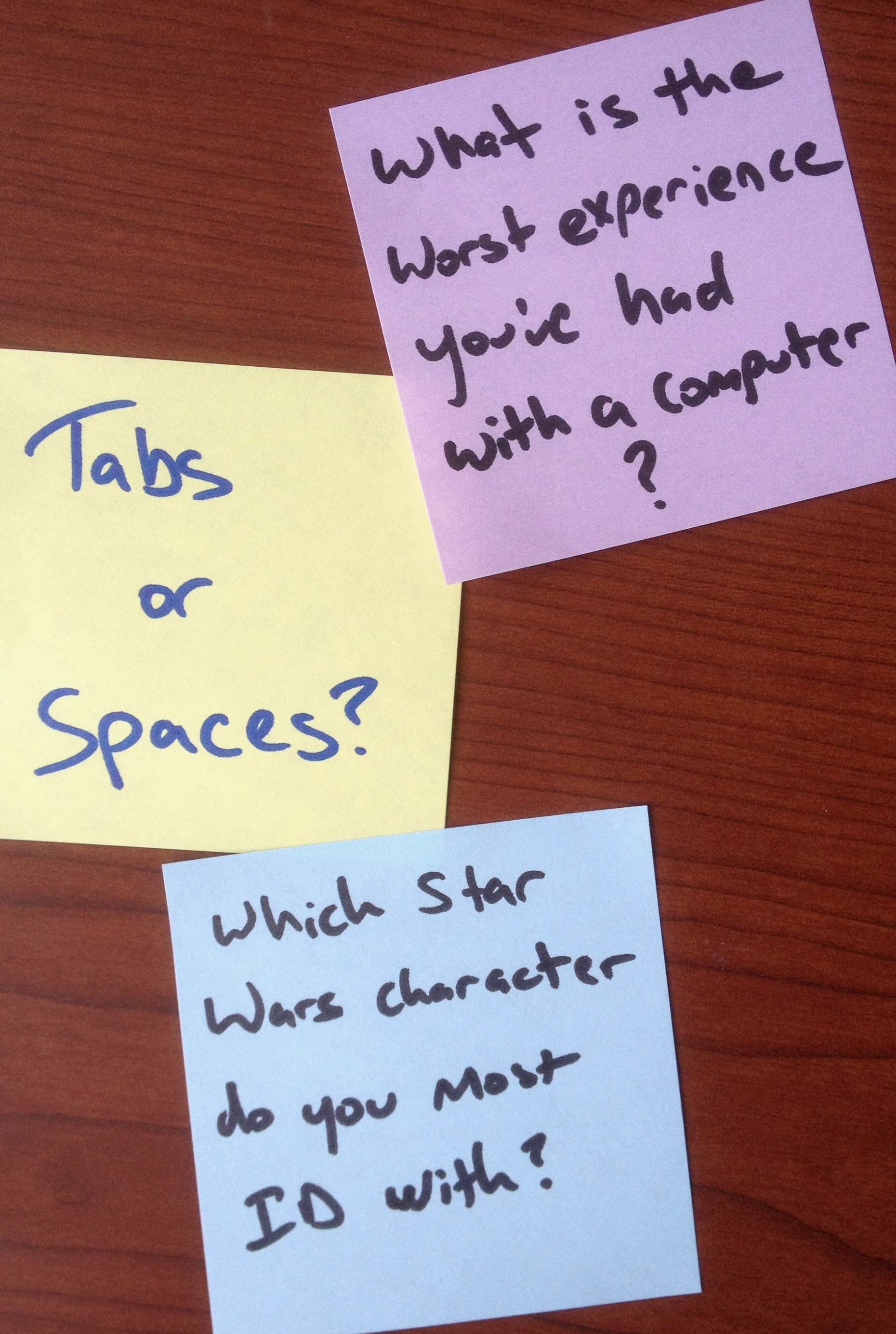 We all remember that first day - when teachers "got to know us better" by asking each student in turn to introduce themselves and tell a little about themselves to the class. The truth is I'm not sure how effective these practices are or if they are worth the effort (I did find some sources that seem to indicate that it is useful); nonetheless, I have developed my own version of this activity that also serves to automatically take attendance as well. Start by handing out post-it notes to each member of the class.  I typically do this ahead of time, sticking them to lab computer screens so that they aren't missed and to add a little bit of mystery for those that arrive early.  Once you have introduced yourself and whatever else you have slated beforehand, give the students these instructions:

The next step is similar to what you may have done before, but with a twist.  Once you have explained that the placement of the post-its is not, in fact, random because there are no overlaps and all of them are right-side-up, have each student answer the standard "What is your name and what are you most looking forward to this year?" boilerplate.  After each student, choose a post-it randomly from the board and read the name from the back.  The named student then should ask the question they had previously wrote.  This makes it less of a teacher-student interaction, and more of a student-student interaction.

After the activity or at the end of class, collect the post-its and you have already taken attendance.  What you do with the post-its after this is up to you.  Some may choose to put them all on a wall with pins and newspaper clippings and crazy photos like an obsessed criminal - and that may be compatible with your teaching style.  I have been known to put them on the student's final exam as a bonus question back to the original author or have otherwise brought them back later in the semester in some way. This activity has some benefits - it sets up an environment where students are accountable to each other as well as to the instructor (In a later article, I intend to discuss the group accountability model I use for class attendance).  It also allows you, the instructor, to get to know each student in more than one context: the question they chose to write on the post-it, the way they ask/interact with the other student, and they standard way that they introduce themselves to the class.