In this classroom activity, the difficulties associated with distributing project work between agile teams is demonstrated and resolved. 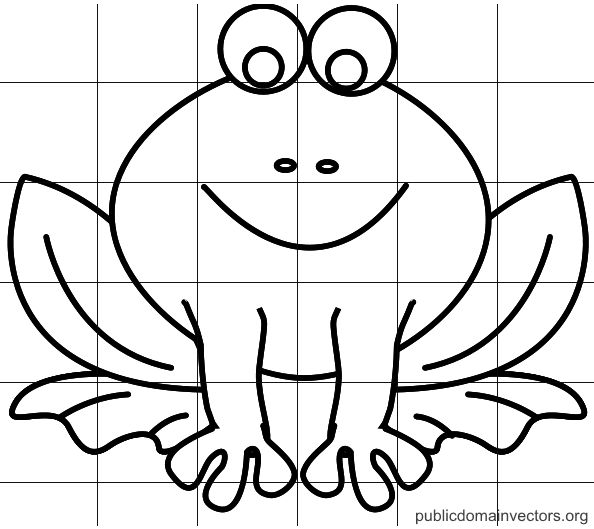 A basic example of the line drawing and grid. In this case, the grid is appropriate for a class of 18 students

Because of the size of the modern Software Engineering project, development by a single 4-8 member Agile team is not only impractical, it's impossible.  Using methods like Scrum-of-Scrums allows for expansion of Agile projects to multiple teams.  This activity demonstrates the difficulties that can be encountered in a distributed-team model, and it resolves with a simple model for coordination between teams as well as a visual example of how this can play out.  Materials needed include a few sheets of easel-pad paper (or access to a whiteboard), several pads of post-it-style notes, and markers.  Steps are as follows:

Beforehand, select three simple line-drawings and, using basic image-editing software, overlay each image with a square grid relative to the class size (either one or two squares per student, defaulting to too few squares rather than too many squares per student if need be).  These images will be shared with the class via an overhead projector or handout, and students will be individually responsible for recreating sections of the grid on post-it-style notes (which need to be available to them along with markers).  Additionally, using a whiteboard or easel-pad, blank grids will need to be created onto which the students will place their completed drawing segments. 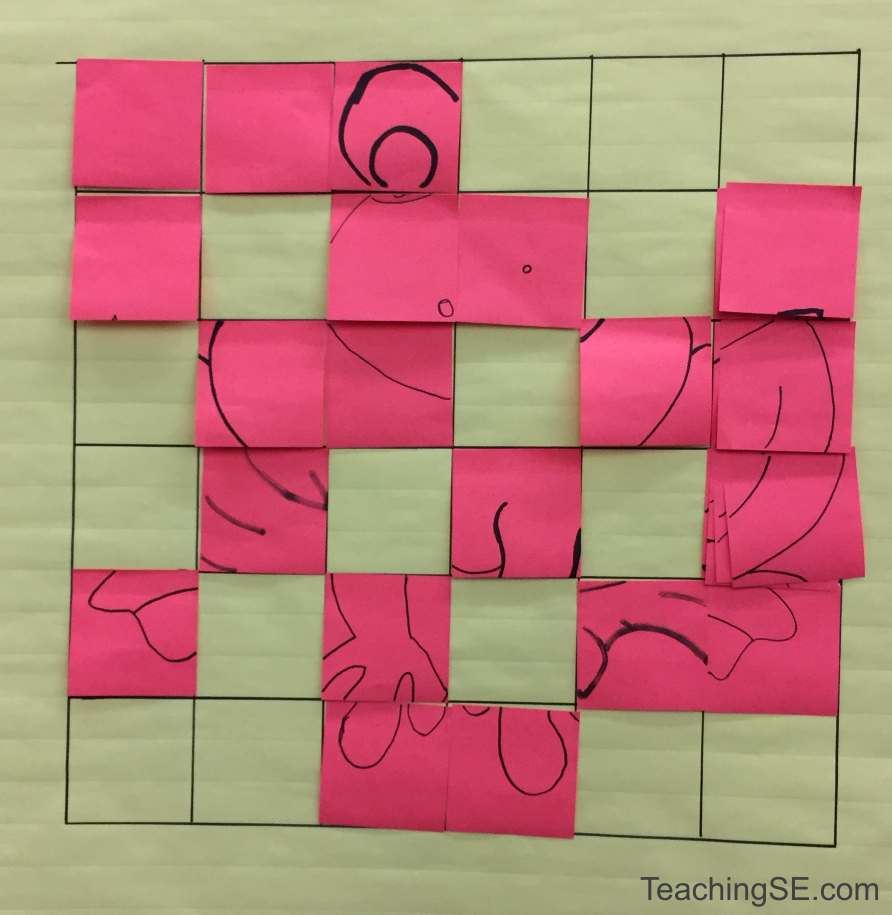 For the first part of the activity, students are shown the line drawing with grid overlay and given the following instructions: 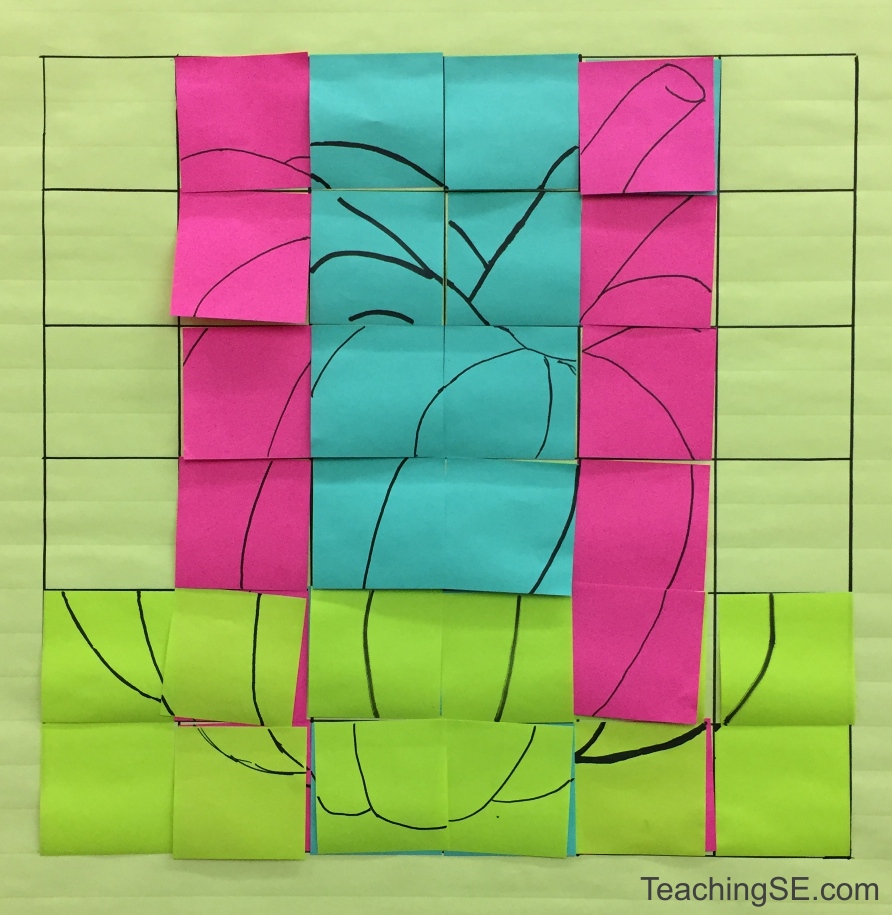 Each color represents a different team. Note that there are still overlapping notes indicating duplicated effort

After the conclusion, a significant portion of the drawing will likely be missing, with some squares containing several stacked notes, representing wasted effort (a.k.a. "thrashing").

Moving into the second part, another grid drawing is presented to the class and the class is divided into (about) three teams, each of which receiving a different color of post-it-style note.  Instructions are similar to the first effort, with the following changes:

When complete, this will most likely yield another incomplete picture, with color overlaps indicating duplicate effort. 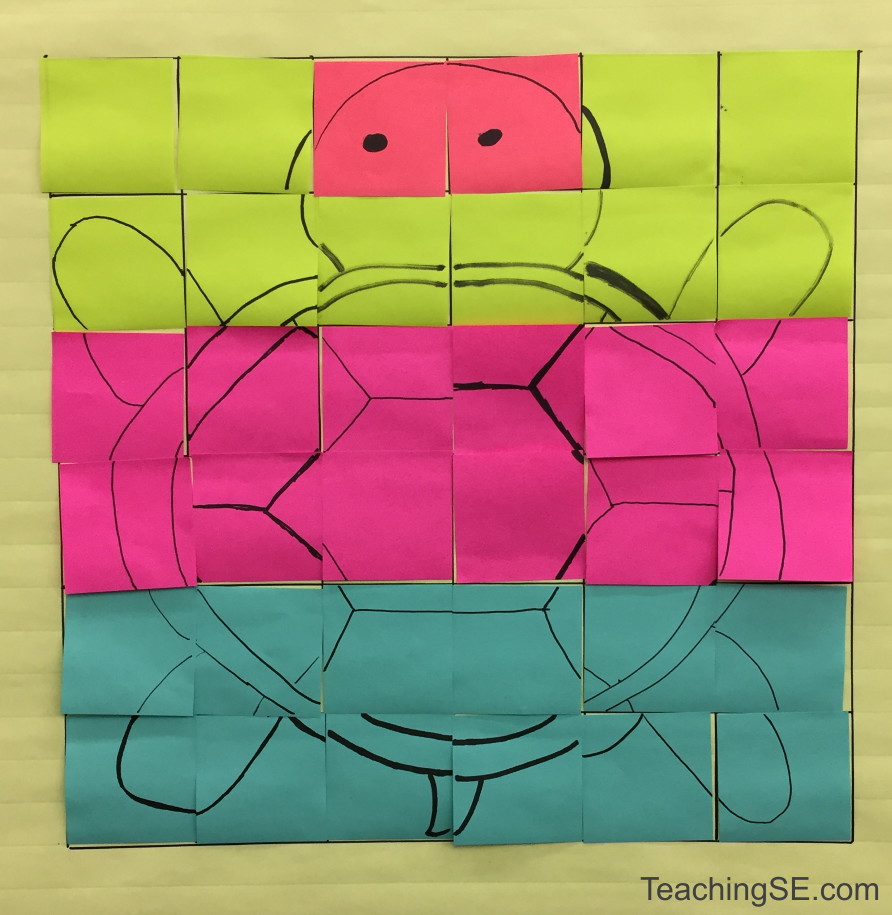 Because the teams have coordinated beforehand, the task is completed efficiently with no duplicated effort

The third iteration includes the same rules as the second, but with one exception:

In most cases, this results in a complete drawing which includes little to no duplicate effort.

By tying this activity in with the concepts of distributed or scaled agile team, students gain a practical demonstration of how this takes place as well as the wasted or duplicated effort that is often associated with this type of environment.